What is happening with H1B – should I apply for MS? 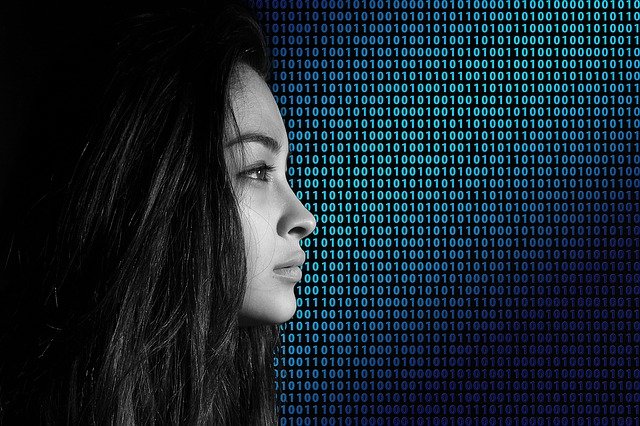 Ever since Trump was elected, there have been articles that blamed his policies on H1B for Indians being forced to exit US. Let us focus on facts and discuss how it impacts your MS plans.

Bills approved and made into law so far-

Other impacts of Trump’s anti-immigration stance:

Who will Trump’s bias really impact? – outsourcing firms who are sending people on client side for no real reason. This was also reflected in the fact that the number of approved H1B petitions filed by Indian IT firms (Cognizant, Infosys) declined in 2017 whereas those by leading tech companies such as Apple, Amazon increased (as reported by NFAP).

Outsourcing IT firms have realized that they cannot bulk file for H1Bs now and there will be tighter scrutiny on applications. As a result, they are also more cautious and not filing too many H1B petitions now.

Quoting verbatim from the above NFAP report-

Emerging technologies, such as driverless vehicles, may also be increasing the demand for people with high levels of technical skill, including foreign-born researchers. Tesla (207 approved new H-1B petitions in FY 2017), Uber (158) and General Motors (179) all employ individuals in H-1B status.

It indicates a shift in preferring to grant H1Bs to direct employers rather requiring more sophisticated knowledge of technology than outsourcing IT firms.

Frankly, these are the only real things happening. I have seen articles claiming that people are leaving USA because of Trump’s policies and they are cherry picking evidence. The height of irresponsible journalism is when they cite reasons such as – H1B is too restrictive, you cannot work for anyone else, I did not get H1B 2 years after graduation. I wrote a big counter article on that which went viral and you must read it.

Let’s be objective. All this was happening before Trump as well. H1B was always restrictive (you could not start your own company on H1B), it was always harder for people graduating with questionable degrees from questionable schools, who did not learn any real skills.

At Scholar Strategy, I have heard from our students who got internships and fulltime employment at Tesla, Facebook, Amazon, Intel, Qualcomm, Google, Microsoft, Apple etc this very year. So, if you want to extrapolate Trump’s frenzy to a doomsday scenario for people who know their shit, all I have for you is ‘I don’t buy that.’

You may say many deserving people on H1B from outsourcing firms are now at risk. I say – yes, they are. But believe me, if you have good skills and are a good developer, Project Manager, Product Manager, software architect – you will never have dearth of opportunities – yes, you may have to work for it.

I advised a 34 year old woman, who was fed up of the IT firms politics and stagnation in career in India, get into MIT SDM program and she interned at Salesforce as a product manager this year. If she can do it, so can you.

But if you are trying to defend skill-less people sitting as managers in middle management layer in so many IT companies – you cannot. They were and are always at risk of being shoved out (even in India) – its nothing to do with H1B. After all, H1B is not a charity, it is a work visa with a specific purpose for its country.

I am not defending Trump by any means, but I am saying that there frankly has not been a damage to prospects of working in USA for good people. In fact, I would argue that going forward, it bodes well for people with advanced degrees from good institutes because they are the ones that will possess the requisite skills.

Updated thoughts after H1B report came out in Feb 2019- I visited 7 consultancies in Delhi before finalizing Scholar Strategy even though it was an online one. Nistha is a really amazing person! She is available round the clock to assist you. You drop her an email and she’ll respond in no time! If you really want to understand the complete ‘MS in US’ process and experience the best, Scholar Strategy is the one you are looking for! The fact that she herself has been through it twice makes you want to trust her even more! And, oh yes, Scholar Strategy … END_OF_DOCUMENT_TOKEN_TO_BE_REPLACED

I am in awe of the value and momentum Nistha and ScholarStrategy offered to progression of my calling. Those SOP critiques and university evaluations deepened my belief that a person can do more than he assume. The structure of SS helped me realize that aspirations need perseverance and a strategy. Thank you so much again and Keep transforming lives!

The one thing common at all the top schools is a diverse student body. This is mainly because these schools dont just consider a GRE/GMAT score but look at the complete profile of the student before offering admission. You might be good and have a great score too, but unless you can sell that to the admissions committee, they won’t let you in. This is where I think students need to seek help if required. And Nistha is amazingly good at that. Having been a part of the committee, she knows what… END_OF_DOCUMENT_TOKEN_TO_BE_REPLACED

I had talked to a lot of counselors in Pune/Mumbai Area, before contacting Scholar Strategy. What impressed me most about Nistha, was her breadth of knowledge about Job Environment, Skills, MS Colleges and Masters specific knowledge. Being a past MS and MBA student, she has gone through the whole thing herself and really gives you insightful advice. Most counselors offer generic recommendation to all students but Nistha gives you a personalized recommendation based on your profile. She is very p… END_OF_DOCUMENT_TOKEN_TO_BE_REPLACED

Thank you so much, Nistha. It would not have been possible without your guidance. The admit from UChicago was a dream come true. I still believe that the turning point for all my applications was the SOP. I don’t have enough words to thank you. Keep up with good work.

I dropped a year due to health issues and used that time to prepare for Masters in US. But this year gap was increasing and joining Scholar Strategy was a wake-up call. I was totally confused regarding the course to pursue and Nistha made it clear to me. She showed me the path to identify my passions. And from there on, the sail was smooth. The timely facebook posts, quora answers, her book, the presentations and the feedback on my documents are very valuable for me.

Having worked with Nistha to design my application strategy, I would say she is amazing and provided me really insightful feedback on SOP and assisted in shortlisting of schools. She gave me the confidence to apply for ambitious schools and promptly addressed my queries over e-mails. The best past of the Scholar Strategy service is that you’ll be certain of the timelines as to when you will receive the feedback. Their services will be a good fit for people who look for a mentor to guide them, th… END_OF_DOCUMENT_TOKEN_TO_BE_REPLACED