A motivating story for students

As some of you go for your GRE or other exams, this story may help you getting that extra boost of morale. 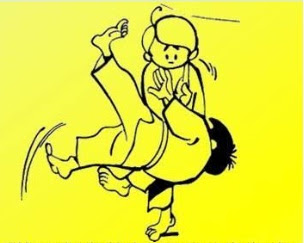 There was a boy named Masaru in Japan. When he was young, he wanted to learn & master Judo. Unfortunately, he lost his left hand after an accident. He became very sad. When his father saw his condition, he took him to one the Great Masters of Judo in Japan. After thoroughly analyzing Masaru, the Master told him to come from next day for practice. Masaru became very happy after hearing this. On the first day, the Great Master taught him one trick and instructed him to practice it.

After one week, Masaru came back to the Master and asked for teaching him another trick as had practiced the first one long enough. Master replied him to practice the same trick again & again.

One day, after 10 years of practice, Master informed Masaru that he has nominated his name for the national championship of Judo which will be conducted in Japan, next month. Masaru was shocked after hearing this as he had been practicing only one trick for the last 10 years. Master told him to be relaxed and calm. One the day of championship, Master advised Masaru to remain calm and concentrate on the fight and use only that trick which he has taught him. Masaru won the first fight and then the second one and gradually, he entered semi finals. He couldn’t believe himself. Master again advised him to remain calm and concentrate on the fight and use the same trick again and again. Masaru managed to enter the finals and then he thought that now it’s time to face the best one in Judo in Japan and the opponent will beat him very easily as he knows only one trick. When Master came to know about this, he gave him the same advice.

After the finals, Masaru won and couldn’t believe himself and started crying out of joy. When Masaru went to Master asked him how it happened, the Great Master replied that for the last 10 years, he has been practicing only one trick and he has become master of that. To counter this trick, the opponent has to hold his left hand which which he didn’t have. His weakness became his strength and he won. Nistha is very professional in her approach. Genuinely interested to help you to present your best aspect. She directs and helps you to think hard about why do you want to pursue the program – this makes your SOP original and not inspired from hundreds of SOP templates out there. Dissatisfied with multiple consultancies in past, I was very skeptical before joining Scholar Strategy, but a conversation with Nistha and her straightforward nature, convinced me to sign up – I am glad I did. I got an … END_OF_DOCUMENT_TOKEN_TO_BE_REPLACED

Nistha was introduced to me by a friend. I trusted my friend and have never looked back. Nistha is very professional and supportive. She has vast experience and transparency. If you are looking for honest advice and are ready to work hard, she can be a go to person to navigate you through the tedious process.

Nistha is an awesome person. Always up to help you and guide you. Thanks Nistha for so many SOP reviews. I don’t think, it would have been possible without your help and guidance.

At Waterloo, apart from an initial first term scholarship of $1800, I got  TA which pays my living expenses for almost 4 months (~$3500). Last but not least, I am very thankful for the help and guidance throughout my application process. It was invaluable. My initial and final statements were miles apart in quality. Same with my LORs.

I could see the difference with each review, and the final draft was completely different. Her comments gave my words a soul and made them seem more alive. I was also able to link each of my experiences to my career goal through the brainstorming session, which improved not only my sop but also my future plan.

SS helped me a lot during the application process. In addition to the help provided by Nistha, the SS community added more value to the package.

Nistha was very helpful in giving advice about sop. She also organised webinars regarding internships which were quite helpful.

Having worked with Nistha to design my application strategy, I would say she is amazing and provided me really insightful feedback on SOP and assisted in shortlisting of schools. She gave me the confidence to apply for ambitious schools and promptly addressed my queries over e-mails. The best past of the Scholar Strategy service is that you’ll be certain of the timelines as to when you will receive the feedback. Their services will be a good fit for people who look for a mentor to guide them, th… END_OF_DOCUMENT_TOKEN_TO_BE_REPLACED

I found out about Scholar Strategy on Quora and immediately got hold of the book by Nistha. Once I had my scores in hand, I reached out to her for a feedback on my profile. And I am so proud of that decision. Nistha has been a delight to work with. Some people might be surprised with her approach as there is no spoon-feeding, however that is exactly what sets her apart and helps you attain your goals realistically. 🙂 I have had a wonderful experience and am thankful for all the guidance I … END_OF_DOCUMENT_TOKEN_TO_BE_REPLACED

Kartika, U of Washington, RIT (HCI)